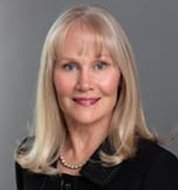 Kathleen E. Grant joined Steinhilber Swanson LLP on January 1, 2019. She has practiced as a trial attorney for her entire career, doing civil litigation of all kinds before administrative agencies and every level of the Wisconsin court system. She has litigated in the areas of personal injury, professional negligence, worker’s compensation, discrimination, and employment law.

Ms. Grant interned for Justice Roland B. Day of the Wisconsin Supreme Court throughout her third year of law school, and then clerked for the Hon. W. Patrick Donlin, presiding judge, Wisconsin Court of Appeals, Dist. III. She then practiced in Wausau, Wisconsin for 30 years.

Ms. Grant has been active in the State Bar of Wisconsin. In addition, she served on, and was president of, the Wisconsin Supreme Court Board of Bar Examiners and the Wisconsin IOLTA Foundation Board of Directors. She has earned inclusion in many professional associations and received several awards of recognition. She has been included in Best Lawyers in America® for more than 25 years and was named the Wisconsin “Lawyer of the Year”® for worker’s compensation in 2016-2017, and she has been recognized as a Wisconsin Super Lawyer® for more than 10 years. 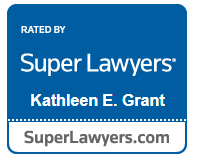