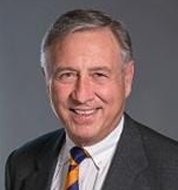 Paul G. Swanson is a senior partner in the firm and primarily represents individuals and businesses in financial reorganizations, restructurings, formal bankruptcy proceedings, receiverships and other debt adjustment strategies. His representation is limited primarily to debtors in both simple and complex matters.  He has practiced Bankruptcy & Insolvency Law for close to 38 years.  He has represented clients primarily in the Eastern District of Wisconsin, but also frequently appears before the Bankruptcy Courts in the Western District of Wisconsin.  He has pursued appeals on bankruptcy related matters through the 7th Circuit Court of Appeals.

As a Chapter 7 Trustee since 1983, Mr. Swanson has presided over tens of thousands of Chapter 7liquidations, some that have been complex, and has delivered multiple millions of dollars to creditors through that process.

As an independent receiver in state court receiverships under Chapter 128, Mr. Swanson has mediated disputes among secured creditors and other constituencies and managed to sell dozens of companies as going concerns, arguably delivering the highest and best value to creditors and, in many instances, shareholders.  Generally, Mr. Swanson works when brought into such proceedings by ownership in order to maximize the value of the going concern of the business, in many cases, after a key officer of the business has left due to illness or other reasons and the business needs to continue operating while seeking buyers.  Additionally, when appropriate, the firm works in concert with financial advisors to the business, or brings in financial advisors who are highly qualified professionals.

In addition to numerous out-of-court restructurings where he has represented businesses in disputes with primarily secured creditors, Mr. Swanson has also filed numerous Chapter 11reorganizations, when appropriate and when creditors would not negotiate reasonable terms to help the business turn itself around and be successful.  While many Chapter 11s fail, the success rate of the cases handled by Steinhilber Swanson LLP is generally good, as such proceedings are not filed without great forethought and preparation in order to achieve a successful result.

Since its inception, Subchapter V of Chapter 11 has been utilized to great effect, and indeed, Mr. Swanson confirmed the first case filed in Wisconsin and has filed many more in the first years after enactment – this is a vital tool for small businesses and greatly increases the chances of a successful reorganization for them. See also an article in the January Wisconsin Lawyer by Mr. Swanson and Mr. Nowak on the details and benefits of this new Subchapter.

Mr. Swanson also has an expertise in agricultural reorganizations, having been on the forefront when Chapter 12 was adopted by Congress to aid family farmers.  He has been through three distinct cycles of economic disaster within the farm economy during his career and has reorganized and assisted family farmers to restructure their obligations, eliminate significant debt, and carry their businesses forward for the next generation.  He is very familiar with the dairy industry and has represented grain farmers in significant cases over the last five years and has filed over 100 Ch. 12 cases over his career, confirming most.  Mr. Swanson’s experience ranges from dairies involving cows, goats and sheep and commodities including vegetables and grains.  He has at his disposal farm advisors and related experts in agriculture to help formulate potential reorganizations of agricultural operations or give appropriate advice where no reorganization is possible, all to maximize the retention of assets for clients. He has done extensive work in related industries, such as cheese manufacturing and distribution.

Mr. Swanson has been recognized and selected to Super Lawyers since 2005, including the current year.  This recognition places him in the top five percent of the practice areas for which he was recognized, Bankruptcy and Debtor/Creditor Rights.  He has also been recognized as one of the Top 50 Lawyers in Wisconsin by that organization.

Mr. Swanson is a Past President of the State Bar of Wisconsin (2018-19), having been elected by the membership.  He has previously been the Treasurer, Chair of the Board of Governors, and a Governor of the organization.  As a young lawyer, he served as President of the Young Lawyers Division.  He has been active in the Bar virtually his entire career and has served as Chair of the Bankruptcy, Insolvency and Creditors’ Rights Section from 2007-2009 and remained the Board of Governors’ liaison to this section through 2020.  He was instrumental, along with his partner, Claire Ann Richman, in establishing and continuing the annual Bankruptcy section retreat held at the American Club in March of each year, wherein virtually all the Bankruptcy Judges and the majority of bankruptcy practitioners in Wisconsin gather for education and professional development.

Mr. Swanson frequently lectures, locally and nationally, on bankruptcy related topics.  He has spoken at the annual meetings of the National Association of Bankruptcy Trustees, the American Bankruptcy Institute, and the State Bar of Wisconsin, as well as for other continuing legal education seminars. He was the organizer and coordinator for the annual Law Education Institute conference held in Vail or Aspen, CO, wherein he brought national speakers to a five-day seminar, speaking on leading edge topics within the bankruptcy community.  The Colorado Bar Continuing Education section sponsored the conference.  He has also taught a graduate level course in the College of Business at the University of Wisconsin-Oshkosh, acquainting MBA candidates with the nature and diversity of bankruptcy and insolvency issues as related to business.

He has, for the last 10 years, been the Co-Chair of the Wisconsin Federal Judicial Selection Commission, which selects and recommends candidates to Wisconsin’s Senators for nomination by the President for Federal Judgeships and U.S. Attorneys in the Eastern and Western Districts of Wisconsin.

A summary of professional activities follows:

University of Wisconsin Oshkosh Alumni Association
• Past Member Board of Directors

Center for Community Partnerships/UWO Foundation
• Past Member Board of Directors

American Red Cross
• Past Member Board of Directors

Mercy Medical Center Foundation
• Past Member Board of Directors 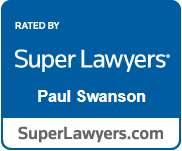